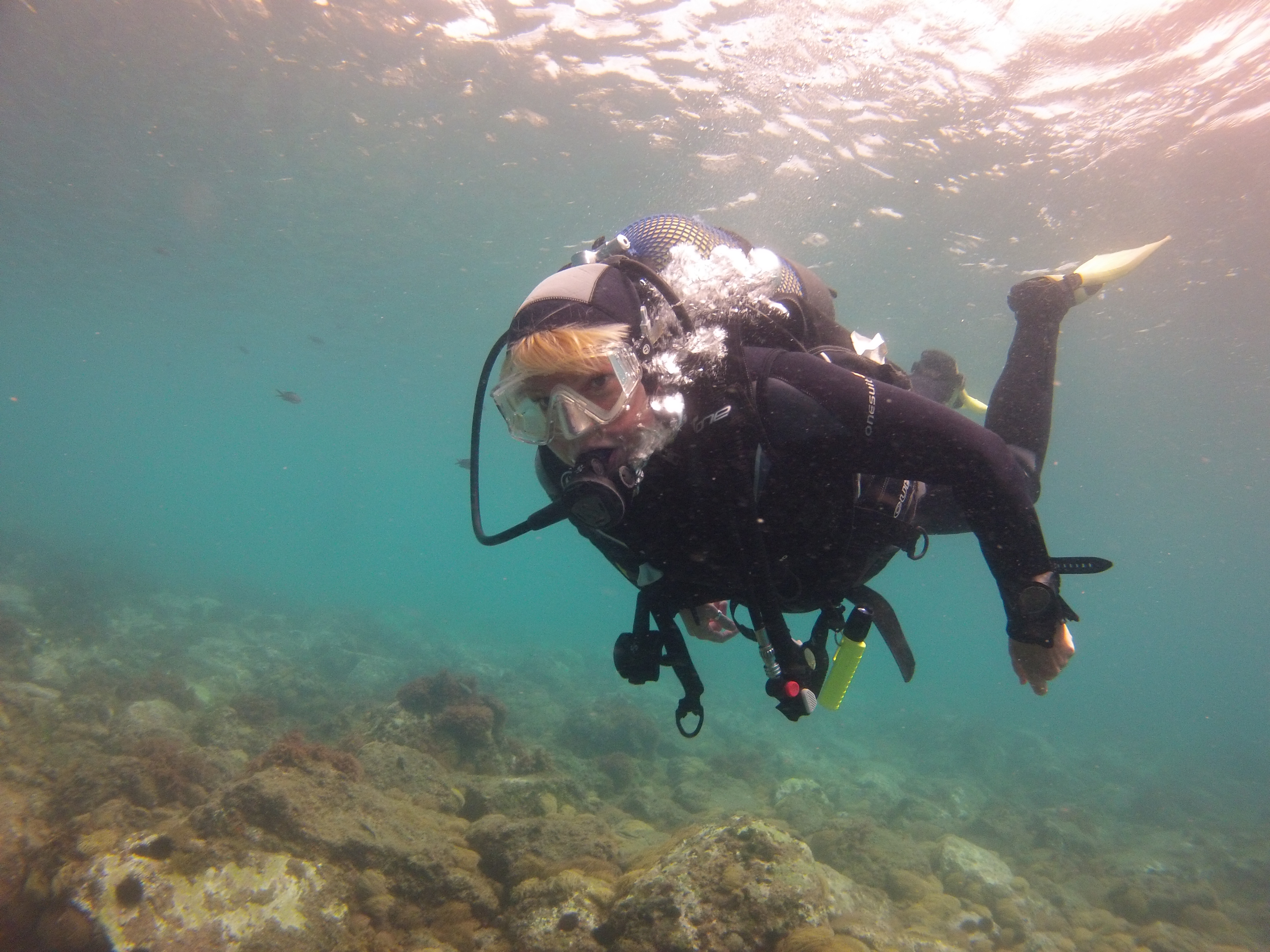 While we were in Spain after many communication challenges and a lot of patience from Simon of Simply Diving we managed to book a two dive trip with them. They came and picked us up not far from our hotel and drove us the 30 minutes to their dive shop in Malaga where we were fitted for gear. They then transported us 45 minutes to Marina del Este in the Province of Granada for our dives. We are both fairly new divers but have managed to dive with several different companies in five different countries and the staff at Simply Diving were fantastic. I almost felt guilty at times with the amount of work they were doing for me. Robert, Marco, Clive and Max treated us like royalty. There was only four divers on the trip, so having four staff there to work with us was awesome. We did two shore dives of 39 minutes each with a maximum depth of 57 feet.

The visibility was about 50 feet on the first dive and out to 80 to 100 feet on the second one. We saw a ton of fish, huge schools swarming around us, and a bunch of octopus, though they were very shy. See if you can find it in the video below.

Now you see it, now you don’t.

The water temperature at depth was around 16C so the double 5mm wetsuits were perfect for keeping us warm.

I would strongly recommend Simply Diving to anyone looking to do some diving on Costa del Sol.

A few days later we headed out with Udiving, who are based out of Travina, Portugal. We did two boat dives with them. The owner, Mateus, and his staff set us up with gear in the morning and we headed out in a 25ft zodiac boat to the dive sites. There were four staff on the boat as well as two other divers. The other two were locals and you sure notice you are the foreigner when you cannot understand a single thing being said by everyone as you drive out and get set up. It was a bit of a shock after being catered to hand and foot by Simply Diving, but certainly more  normal having to set up your own gear and take care of switching out tanks and such.

We did our first dive at Pedro Do Barril, which is a cliff face at 83 feet and were down for 28 minutes. The visibility was 10 – 15 feet at best. The features were neat but it did remind me of diving at home in the mountains where the challenges of the dive were half the fun. We had 7.5mm full wet suits with hoods and booties. The water was 16C with a slight current. It is a bit more mental work diving in Europe as well because they use bar instead of psi to measure pressure and metres instead of feet for depth.

The second dive was at Pedro Do Salvador which was a little shallower, 63 feet, but even less visibility here. For me the water seemed much colder here even though the gauges said it was the same. I was shivering before we got to the bottom and consequently went through my air at a much quicker rate. We were down for 27 minutes again but I had nothing in my tank by the time we finished the dive. It was a bit of a humbling experience to screw up on my air management like that. Once I stop beating myself up over it hopefully it will make me a better diver.

Overall, a great time diving in Spain and Portugal and I would highly recommend it to anyone who is curious about seeing what they have to offer here.

0 comments on “Diving Spain and Portugal”