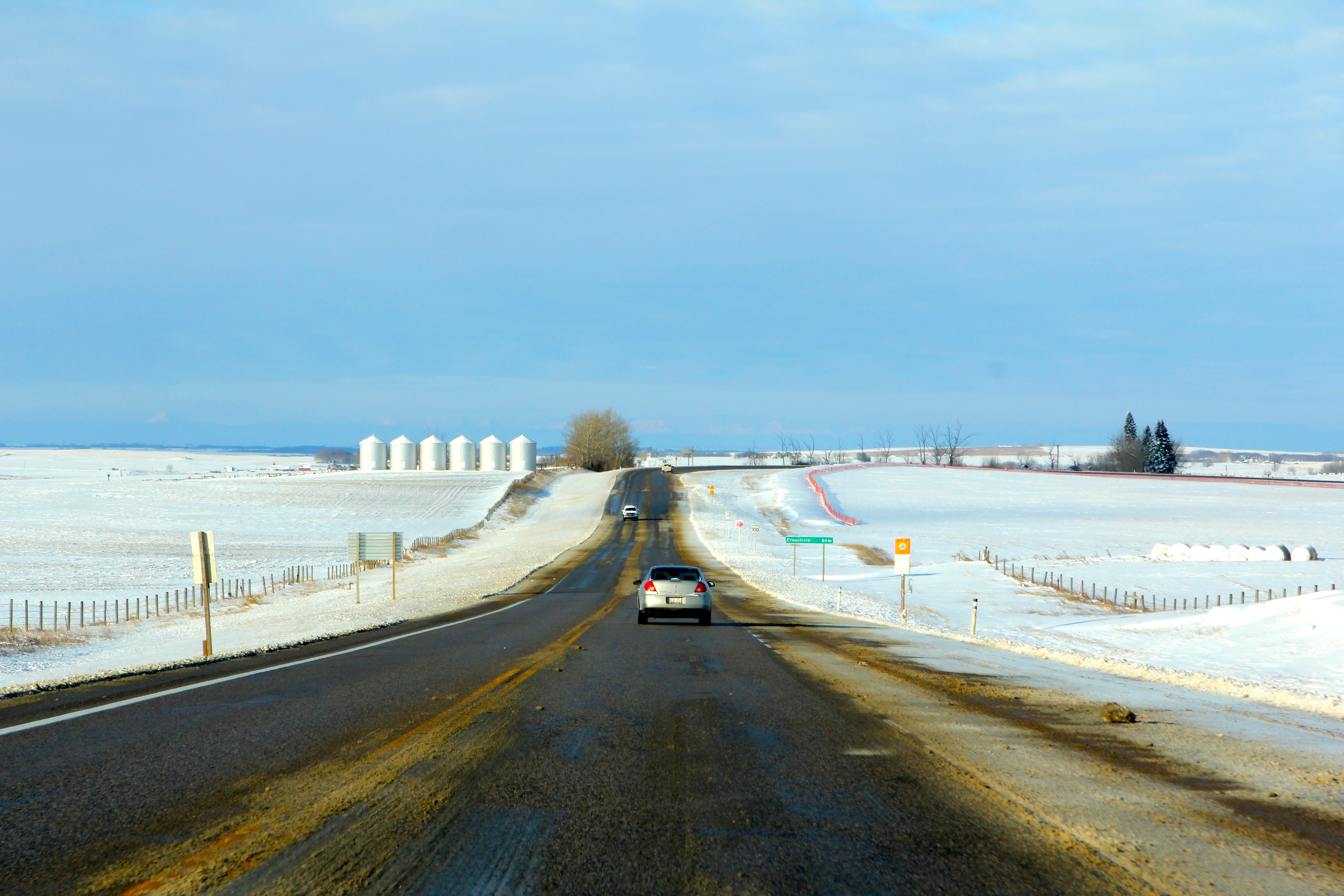 The adventure has taken a very real feel as of today. After spending the last several days saying our final farewells to family and friends and experiencing the first vestiges of winter

we are are heading south. I do need to thank my mother for the ride to the airport at O’dark thirty and acknowledge my son who came to the airport with his girlfriend to see us off and wish us well. The sunrise as we took off out of Calgary was beautiful. A gorgeous deep red across the horizon. It was very much an emotional moment after the sadness and stress of the last week and now the exciting beginning of our retirement.

Other than the emotional stress of leaving everything familiar behind us was the stress of travelling with more “stuff” than we ever have before. I have met and discussed with other travellers who were going to be on the road for months with only a suitcase small enough to be used as carry on for air travel. I have also read plenty about how to pare down what you pack to make travelling easier. After doing all that it is apparent that I need to do things the hard way. As we unloaded our gear from my mother’s car at 4:15 this morning at the airport, we each had two bags to be checked (mine weighed in at 65lbs each). And two carry on bags each (mine were at 40 and 32lbs). Thank goodness they didn’t weigh our carry on as we may have had a problem there. Now what you may ask am I going to do with 202lbs of “stuff”? I don’t know. Considering that was all condensed down from everything I own I thought I did pretty good. While I was trying to pile it all on a cart to get into the airport I realized I suck at packing. However, as I looked at it I realized I have several months in Belize to come to grips with what I truly don’t need and lighten the load some more before the next stage of our journey.

The last comment I have for today is I must compliment United Airlines on our flight thus far. The service has been excellent and the flight smooth. We received no grief for the number or weight of our bags and were well fed and watered on the way down.