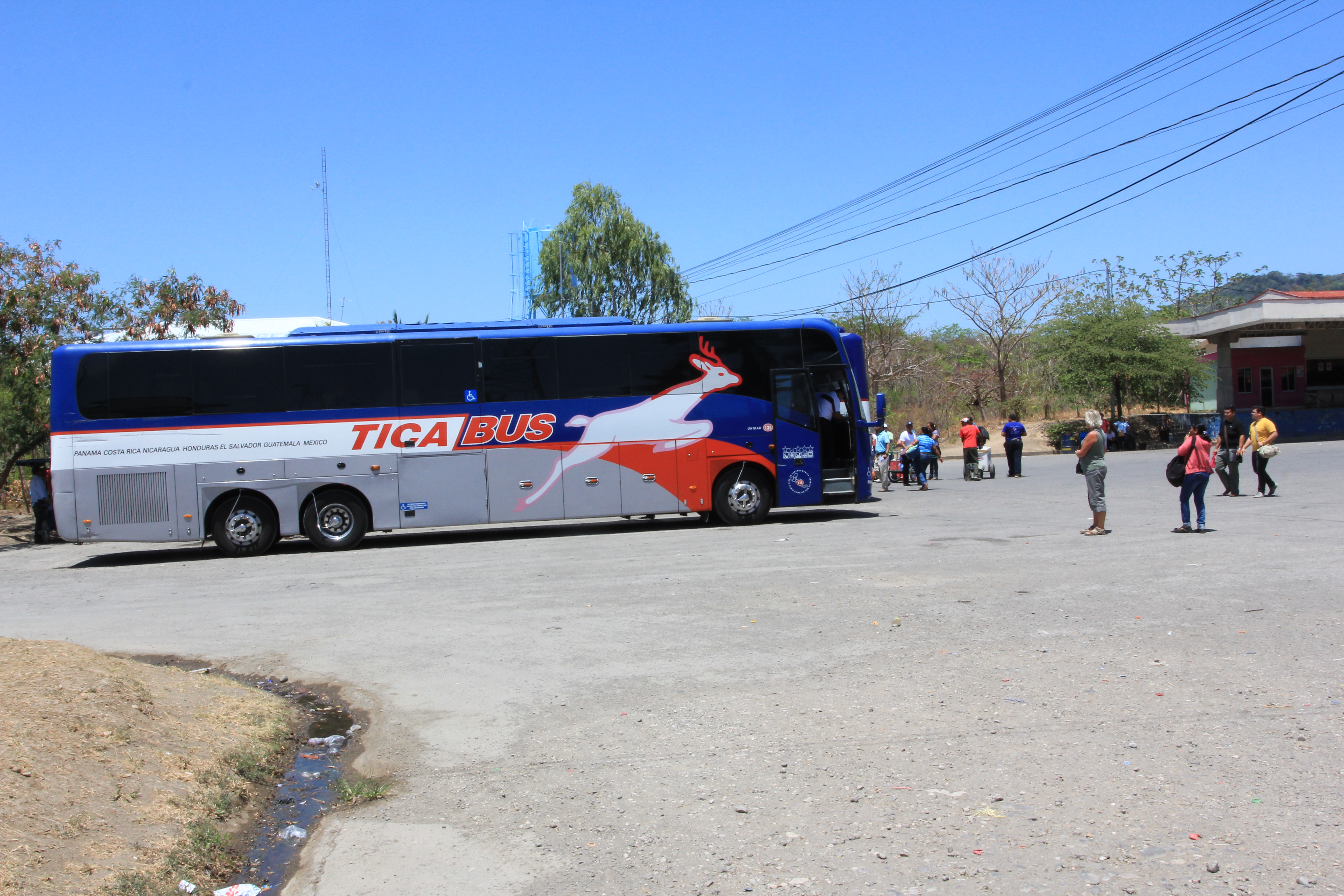 So, here we are. The morning after.

One of the things about staying for longer periods of time in different countries is that you have to pay attention to the rules governing how long you are allowed to stay for whatever reason you are travelling. For example, Panama requires no visa for first 6 months, Australia, New Zealand, Costa Rica, Nicaragua you are good for 90 days before having to jump through any hoops. Which brings us to our latest adventure. We have only been in Costa Rica for just over a month, however we need to renew our visas for Costa Rica because we have a 2.5 month house sitting engagement coming up and therefore have to have fresh visas before starting. According to the rules this means we have to leave the country for a minimum of 72 hours then reenter and get the magical stamp that says we are good for another 3 months.

Being poor pensioners on a fixed income we checked around for the cheapest way of doing this and discovered the TICA Bus. Before getting into this tale I am going to suggest that if this is something that you ever have to do, before starting take a very deep breathe and……. relax.

Seeing as it is one of Costa Rica’s busiest holidays this week, Holy Week, we made sure to reserve seats on the TICA Bus earlier in the week. First lesson. Reserving a seat is no guarantee of having a seat. What you need to do is go to the TICA Bus terminal a few days early and physically purchase your seat and get a hard copy of your ticket for boarding. Imagine our surprise while checking in for the fully booked bus and being told they have sold our reserved seats because we didn’t come in early and pay for them. The young man who told us this was sympathetic but also very straight forward about it. I appreciated his candour. So we waited. Having already moved out of our hotel in San Jose and paid for our accommodation in Managua for that night, as well as having to get out of the country for the prescribed length of time to renew our visas. Let me just say the next hour of waiting on stand by to see if two people would no show for their already purchased tickets was somewhat stressful.

As the bus is getting ready to pull away the ticket agent says he can now sell us the last two available seats on the bus. Literally just two seats left in different parts of the bus. I can’t remember a time where I was more grateful for someone else’s misfortune in missing their bus.

If you are curious you can check out the route through this link. I used my GPS running watch to record the trip. http://www.movescount.com/moves/move29774413

The first portion of the trip was uneventful, once we were on the bus. The seats were comfortable, albeit, when the passenger in front of you reclined their seat you were quite literally pinned in your seat. A small annoyance at best. The next bit of fun started as we approached the Nicaraguan border. The staff on the bus, there were at least four of them I believe, started giving rapid fire instructions, in Spanish, of course. This is not a criticism of them, my bad for not being able to speak their language in their country. I just mention it because if you do not speak spanish this will provide a bit of stress to most people. There are departure taxes from Costa Rica that must be paid and entry taxes for Nicaragua that must be paid. Due to the total cluster we experienced when getting on the bus we had neglected to prepay our departure tax. At first I am envisioning being escorted off the bus with our luggage at the Costa Rican/Nicaraguan border with no place to go. However that scenario was significantly blown out of proportion. One of the TICA Bus employees came by collecting our passports and immigration papers as well as cash in either US dollars or Costa Rican Colones. For those of you paranoid about handing over your official passport to a stranger who drops them in a plastic bag with 40 other passports and then disappears off the bus my only suggestion would be to get over it or fly. Because it appears that is the way it is done. Despite not being able to understand each other, these fellows made sure our taxes were paid, passports stamped and returned to us in good order. Don’t get me wrong, at any one time the whole border crossing experience looks like a three ring circus and pandemonium is reigning.

The process was as follows. Have your passports and cash for taxes taken from you. Ushered off the bus and told to wait in a group outside the entrance to the immigration officers booths. After approximately 15 – 20 minutes the gentleman comes back with your passports and receipts for payment of taxes. He calls out the names one by one and hands back the passports, then you go inside and line up for the ever familiar shuffle to the immigration officer who gives the perfunctory glance at your documents, stamps them and waves you off. Then it is the 400 meters walk across no man’s land to Nicaragua. Tractor trailers drive by, workers in level C hazmat suits are spraying some type of toxic liquid on the trucks as they pull up, and you are walking by. It is a good reason to walk quickly through this section. Once you get to the Nicaraguan side of the border the fun is not over yet. Once again your passports are collected in a plastic bag and the TICA Bus employee walks off to the Nicaraguan immigration area. We never actually saw a Nicaraguan immigration officer, I just know the passports eventually turned up after about a 30 minute wait outside the bus. Once the passports were returned to us then we had to find our luggage that had been removed from the bus and was laying on the ground and take it up to some makeshift tables for an inspection by Nicaraguan Customs officials. I think they were customs officials. Their uniforms consisted of a light blue golf shirt with three letters on it. We opened our bags and they snooped around in them for a few seconds then sent us back to the bus. We waited patiently for the bags to be reloaded then boarded the bus. In all we spent 1 hour and 40 minutes at the border crossing. What scared me most about this is that there was only one other bus there at the time. Apparently earlier in the week there had been more than 5000 people there at one time. That may have been too much for this traveller.

The rest of the trip was uneventful as we stopped and dropped people off at various stops. We arrived in Managua at about 9:45 and collected our luggage without incident……well almost without incident. As we are rolling our bags out of the terminal and being set upon by the taxi drivers offering their services we see a shuttle van with the name of our hotel on the side, Hotel Wayak. The driver and a rather dirty local come up to us with the dirty fellow speaking english to us. He picks up our bags and carries them to the van for us, introduces himself and explains that these two uniformed men will be taking us to our hotel. Then he steps back and politely asks for a tip. Which we gladly gave him. It was interesting that the two hotel employees got this man to do all the speaking for them and to carry our bags. It certainly made things easier though. My heart really got going when we were about 4 blocks from the bus terminal on our way to the hotel when I realized I had left my camera bag with iPad in it on the floor in the bus terminal. The driver sped back and after pounding on the closed and locked door of the terminal I was able to get back inside. And there was my bag, exactly where I left it, untouched. Nothing like a bit of an adrenaline rush at the end of a long day to keep you awake for a bit. And once again a reminder that most people the world over are good and honest.

One of the best parts of the day was that despite our lack of Spanish and our constant having to try and ask questions, we were able to do very well throughout the day. Either a local or fellow traveller who was bilingual would lean over and answer a question we were having, or the locals would just work with us to solve whatever question we had.

Karen and I are looking forward to spending the weekend in Managua and repeating our bus adventure on Monday for our return to Costa Rica.