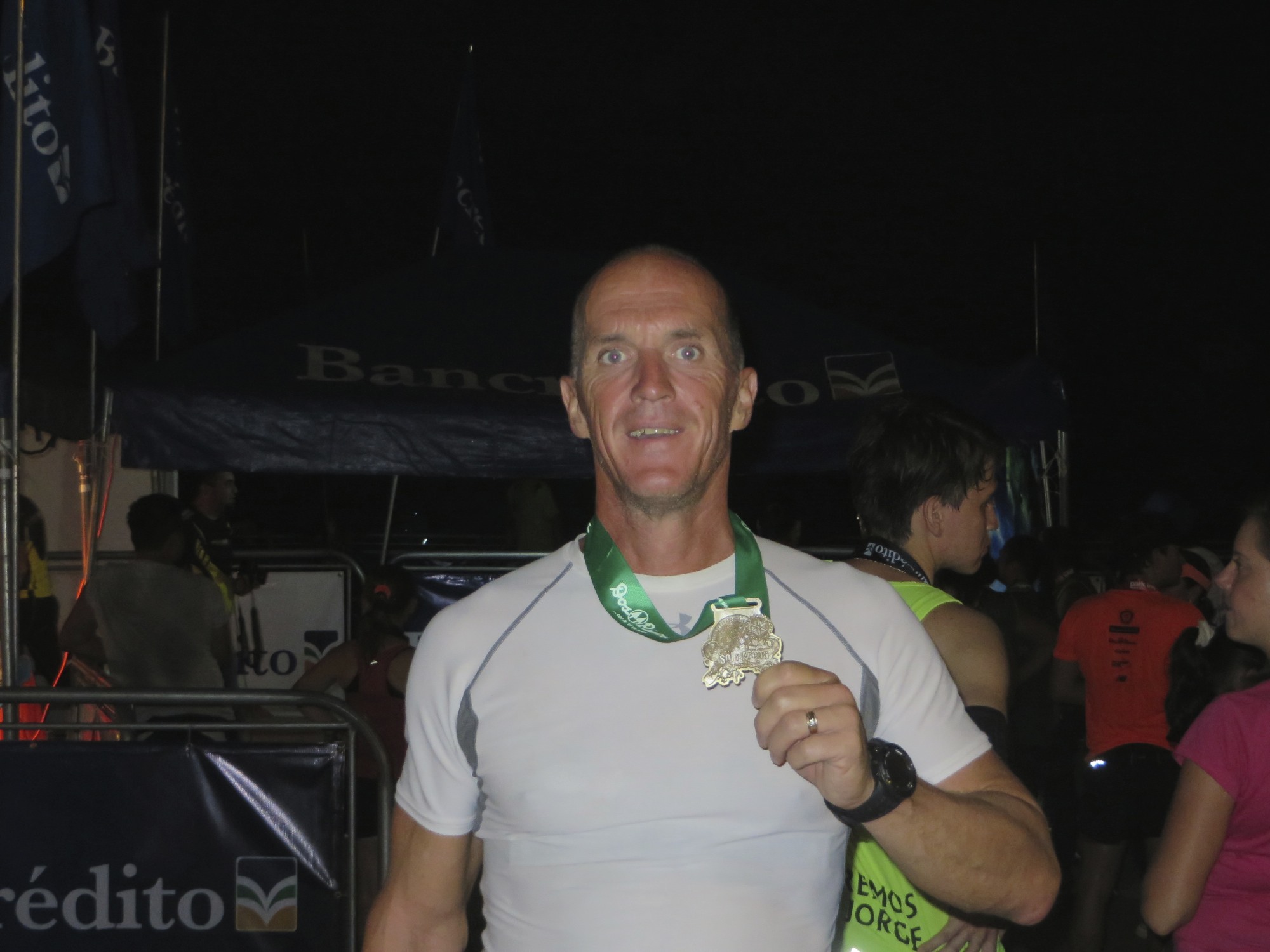 The first thing I have to say is, if you are travelling and like to run, check your destination for races and enter them. The experience just expands your whole trip and allows you experiences you would never otherwise have.

After having such a great experience at the Irazu Volcano Half Marathon I started hunting around for another race to take part in. As luck would have it the Sol y Arena 10km race on the beach in Puntarenas was scheduled for the Saturday following when Karen and I were scheduled to start house sitting in Puntarenas, coincidence, I think not. I signed up and started receiving regular updates as the date approached. Would have been great if I understood the updates, but that is details. A race is a race. I did try using Google translate, but I find it wanting. Better than nothing, but lacking.

As race day approached I was very concerned about the heat, every day it had been over 30C(86F) feeling like 38C(100F) and Karen and I were thrilled if we could walk to the market without melting. Then there was the running in sand issue. As normal, all these concerns were groundless. As we arrived at the start location large dark clouds rolled in and it started to rain ever so lightly. It was interesting to watch the crowds. The race is capped at 5000 participants, and from what I could see they could’t have been far from that mark. The mood was light and most people were high spirited and actively socializing with fellow runners. I didn’t see any other gringos there, but there were a lot of people.

As the race started, at 4:28, 2 minutes ahead of schedule the winds picked up and the rain became heavier. Perfect weather for running. This is a point to point race and the wind was at our backs the whole time. As well the rain helped to firm up the sand on the beach. In addition it was low tide so there was plenty of relatively firm sand to run on. The crowds were dense and running through them was challenging at times. My fault for not seeding myself better at the beginning of the race. Still, it made for a wonderful run. Constantly looking for routes around people is a great way of occupying your mind while you run. And if you don’t mind running with wet feet, the edge of the water is fantastic! I managed to get soaked by several mini rogue waves, high knees, loved it.

The organizers announced shortly before race day that the course was being shortened by 200 metres. Not sure why, I think it had something to do with the soul destroying loose sand in the very last section of the course. In the end it was supposed to be a 9.8km race. I was very pleased with my unofficial 49:04 time. If you are interested in the detailed download from my GPS feel free to follow the link. http://www.movescount.com/moves/move30387471

A great race that I would recommend if you are ever in the area at the end of April. The only question now is, which one is next?