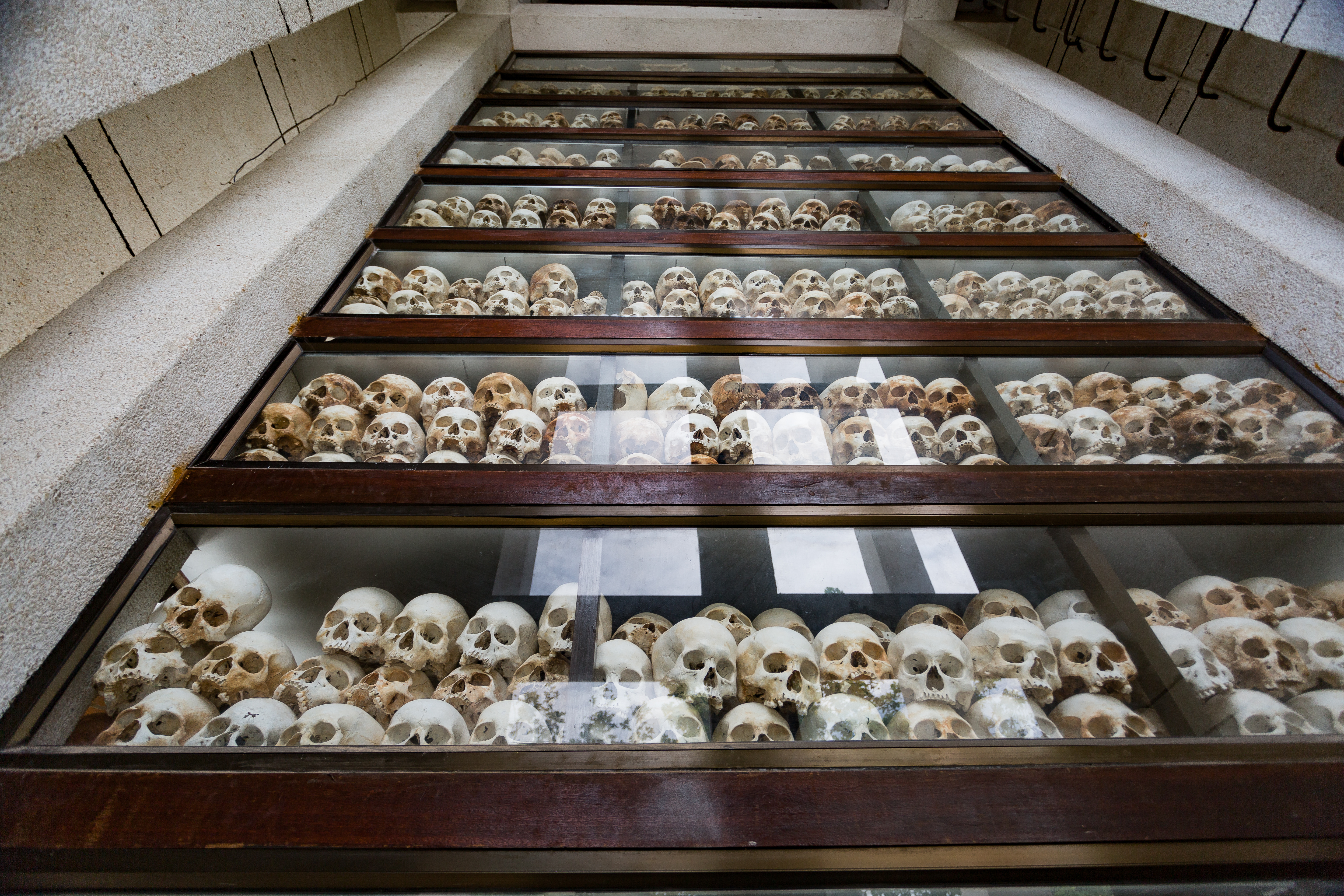 I said that word more times than I can recall during our four days in the capital city of Cambodia, Phnom Penh. Wow.

The traffic. I know we will see more chaos and congestion in our travels through Asia, but for us, this was our first exposure to a large busy Asian city traffic. Wow. Perhaps due to my background and a general warm feeling toward order and control, this exposure to free form traffic was even more awe inspiring. Whereas the drivers we encountered in Australia are the friendliest and most patient I had ever met in the world, the drivers here are incredible problem solvers. Without the hinderance of licenses, laws or rules of the road to hold them back they just flow like lava into whatever open space is available.

On to the blog, the first part of this blog is a little dark and depressing, however I feel it is absolutely essential to acknowledge the horrors that occurred here in Cambodia in the fairly recent past. For me, it makes the rest of what we saw all the better because of the incredible resilience of the human spirit.

We visited two locations. S-21 and “The Killing Fields”. Though very disturbing I felt it essential to pay my respects to the dead. In just under 4 years the Kymer Rouge under Pol Pot were responsible for the deaths of nearly 3 million in a country with a population of just 8 million people. Stop and think about that for a moment. The most disturbing part of it from my perspective is the entire world stood by and did nothing.

The next day we travelled by tuk tuk to just outside the city to what has become known as the “Killing Fields”.

The “Killing Fields” are a big reason why many people come to Phnom Penh. However there is way more to this amazing city than the tragedy that this beautiful country has suffered through.

At the joining of the Mekong, Basaac, and Tonle Sap rivers, the city sprawls out in what appears to be chaotic growth.

We did a sunset cruise on the Mekong river. The weather obscured any sunset, but it still provided a fantastic vantage point to observe part of the city.

We took the time one evening to go to the Foreign Corespondents Club on the riverfront. The FCC holds an interesting place in the cities current history. It is said that nearly all the news reports from before, during, and after the internal conflict Cambodia suffered were filed from this building. The photos on the walls certainly show it was at the centre of the action.

We had a chance to observe some amusing modern human behaviour while on the rooftop.

We also took in the popular Royal Palace and the Silver Pagoda. These areas are very busy with tourists and hawkers but still worth the trip. We were fortunate to have the weather clear a bit for us.

Phnom Penh is a busy, dirty, fascinating city well worth the time to visit. If for no other reason than to experience the traffic. The history is epic as well.

I will wrap up this rather long blog with a couple of night time street shots. The vibe of the city changes at night and it probably deserves a visit just focusing on after dark.