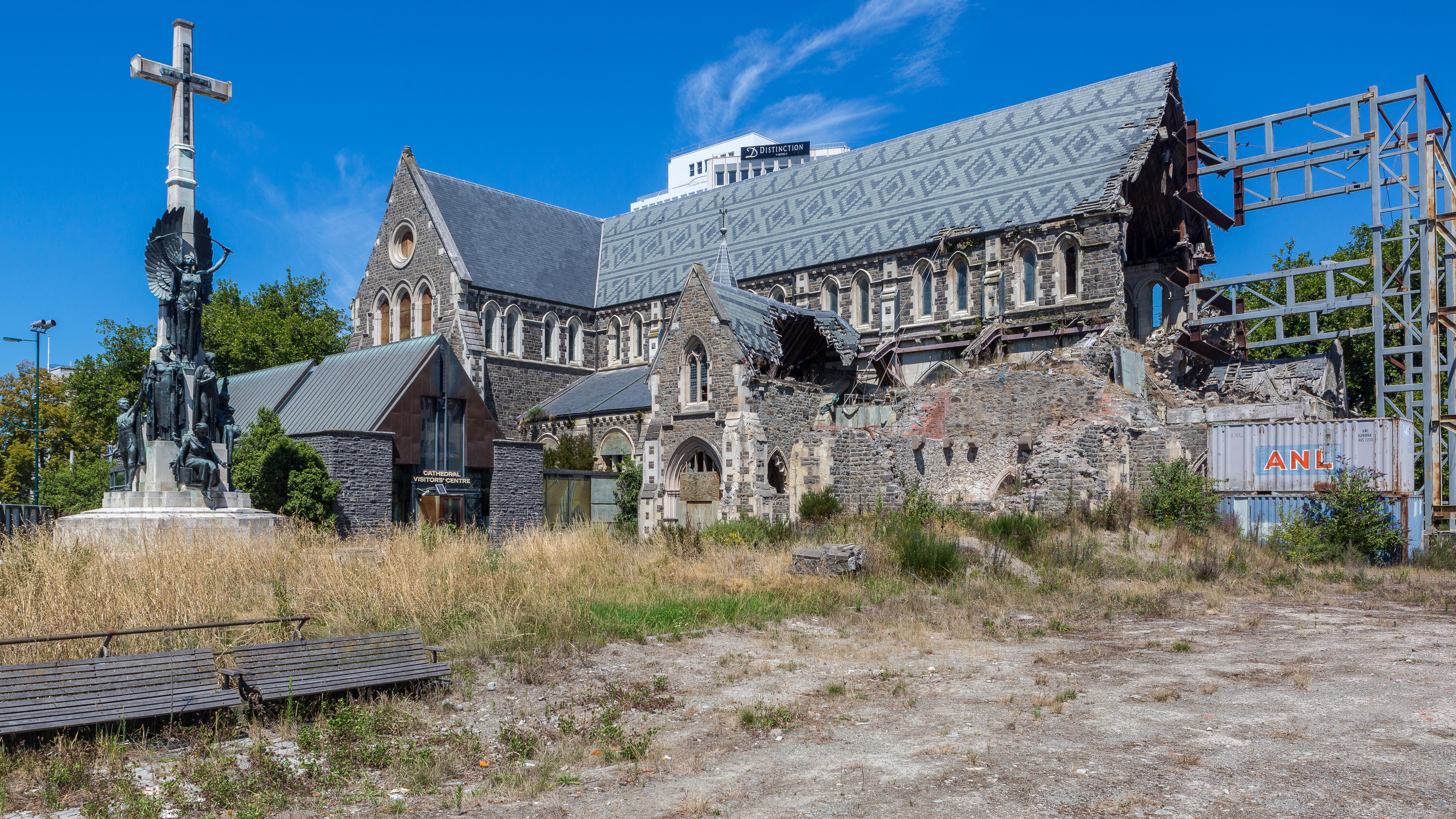 We took a couple of days to explore the centre of Christchurch. It is certainly a unique city in that due to the devastating earthquakes it experienced between 2010 and 2012, this 162 year old city has a very modern feel. It is the oldest city in New Zealand, however due to the earthquakes, the central business district is full of new buildings, buildings under construction, and parking lots and parks  where construction has not started yet.

We were in New Zealand when the big quake struck in February, 2011. Fortunately we were safely on the north island and were able to view the response via local television. The take away for me was how well organized their civil defence was and how well the public reacted and worked together. 7 years later that positive can do attitude is still very much in evidence. These are good people and should be remembered for that reason. On that note I will leave you with a couple of shots from the beautiful Christchurch Botanic Gardens and a poignant public art work commemorating those who died in 2011.