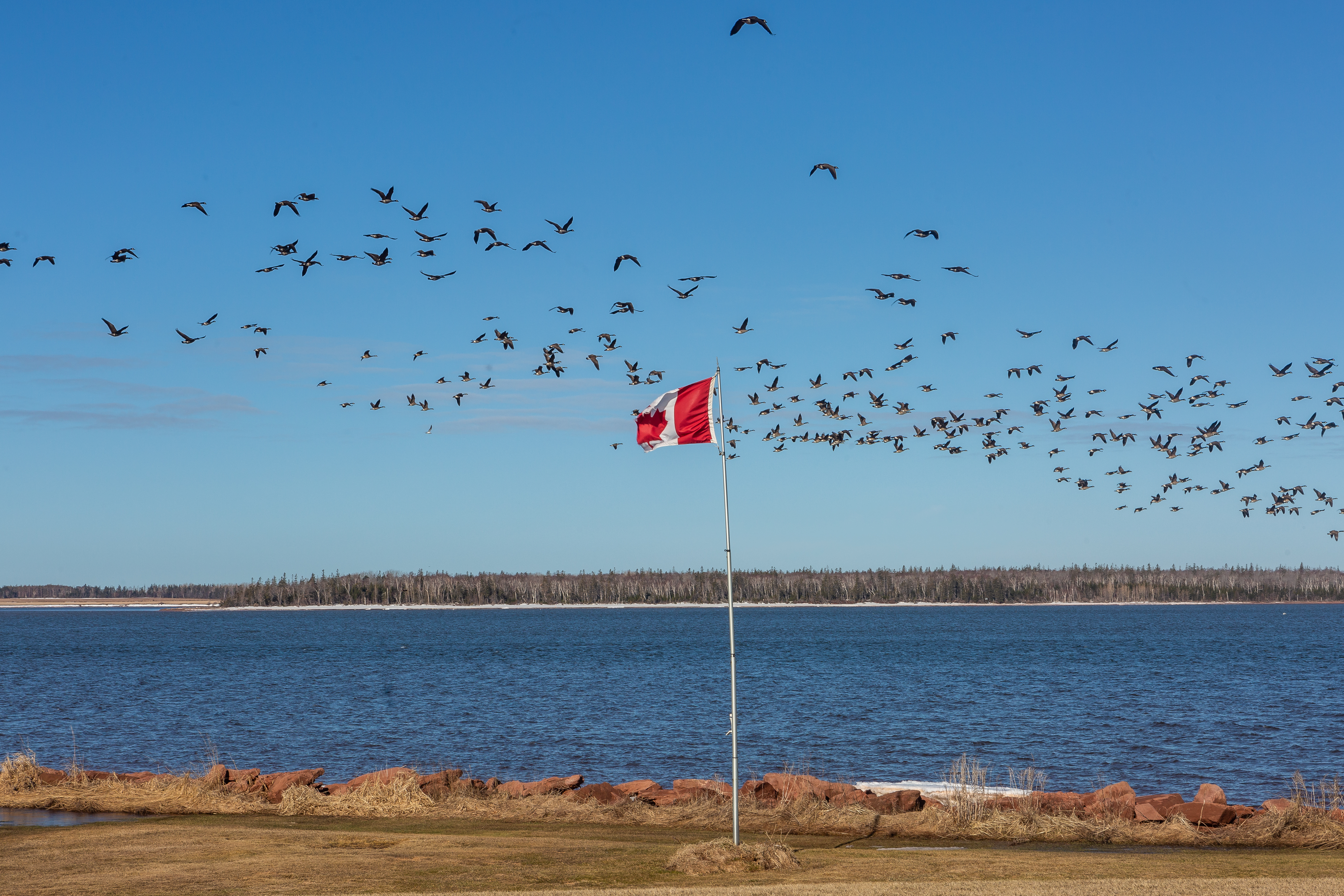 Well, here we are wrapping up our seven month stay on Prince Edward Island that included six months of house sitting just outside of the small city of Summerside. The goal when coming here was two fold; to explore an area of Canada we had never been before and to experience an East Coast winter. We can safely put a big check mark in both those boxes. We travel for the experiences and the last few months have provided some great ones and some sad ones.

This house sit had another first for us, the passing of a pet. The latter part of January was the saddest of times when Rudder, one of the Portuguese Water Dogs we were looking after was diagnosed with cancer. I can’t imagine the anguish of the owners, being away and having to cope with this type of news via the telephone. However they provided direction that only had the comfort and happiness of Rudder in mind. It allowed us to cuddle and spoil this wonderful fellow in his final days and for him to pass on peacefully.

As we start organizing and packing it would be an understatement that we are giddy with anticipation. We have been incredibly fortunate over the last three years to have had our longest house sits ever ( 5, 18, and 6 months) which has allowed us to traverse the nightmare of COVID as well as a couple of of health issues which now are at least under control. But now….. time to get the passports out. The next three months are still in Canada but include two new provinces and three new cities then off to Iceland and beyond. The future looks promising.