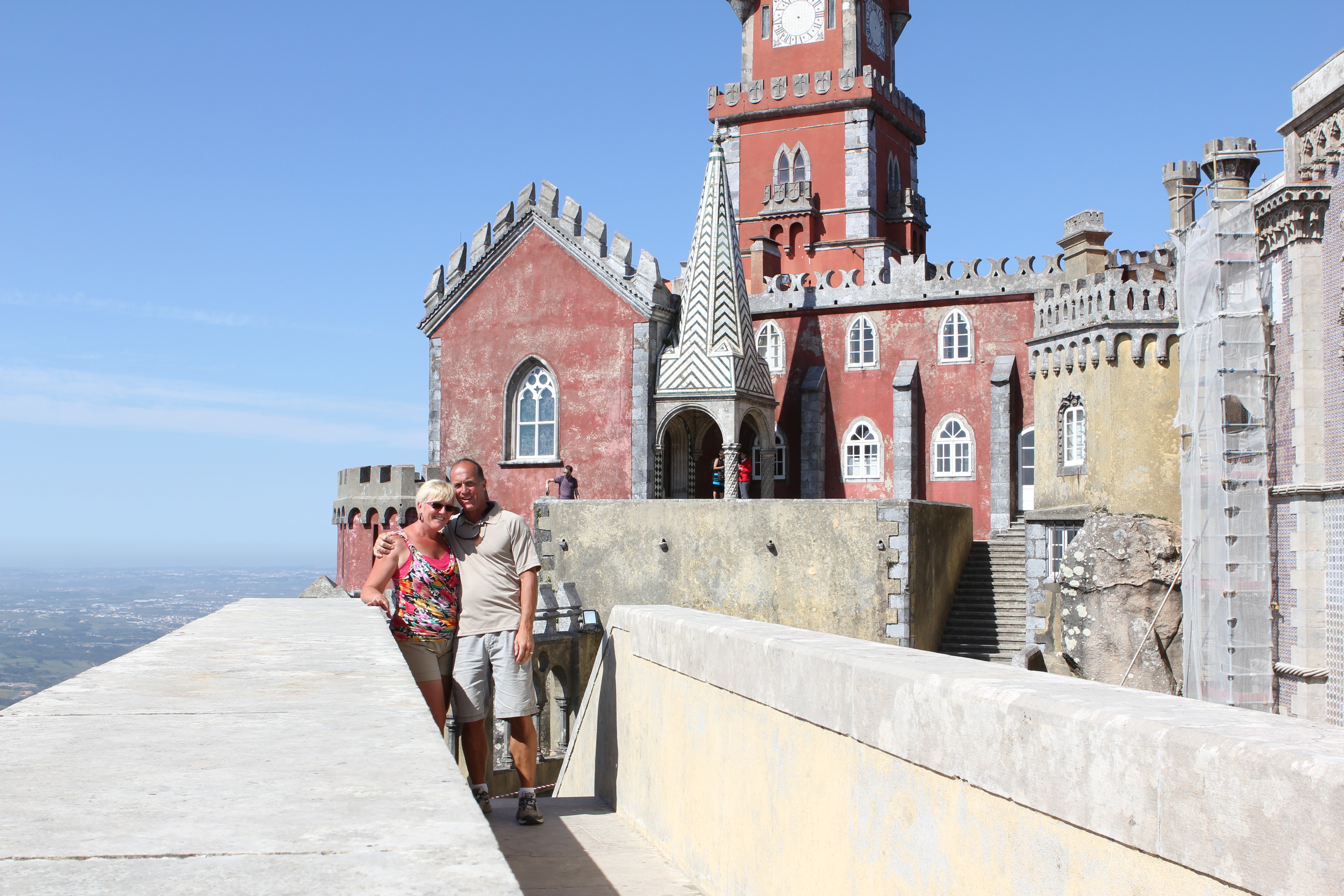 Once we got all packed up in Tavira, we headed north to Lisbon. At first the GPS told us it would take 4.5 hours. Than we asked for the quickest route. Well the good news is we were in Lisbon in 2.5 hours, the bad news is we paid about 23 euros in cash and we will find out how much by electronic tolls in a few weeks when the bills come from Hertz Rentals. Really it was worth it though. We had time to drop our bags at the hotel before returning the car and there was no time crunch.

The hotel we are in is fantastic. It is just off the river in the area where Lisbon hosted the 1998 Worlds Fair. The area is well maintained and everything can be easily accessed by the transit system from here. Having never been to Portugal before I was anticipating that it would be very similar to Spain. I was totally wrong. Portugal is distinctly different from Spain. The language sounds in no way similar to spanish. For an untrained ear, if I close my eyes and just listen to the ambient conversations I would swear I was in a Baltic country. It is a bit disconcerting at times. Having said that, the Portuguese people have been great. Most speak very good english and are more than willing to help you out if you ask. We have found the Portuguese equivalent of Walmart here. They stock everything at very good prices. Karen and I stopped in the other night to pick up some supplies, beer, wine, and port(of course).

Today after checking the prices of private tours to Sintra, we decided to do a self guided trip. If you are at all inclined this way I would highly recommend it. Admittedly I am sure we missed a ton of the subtleties of the history and architecture, but I am sure we had more fun. We asked at the front desk of the hotel for general directions then off we went. It took just over an hour to get there via the Metro and regional train system. Very efficient and you see some areas that you would miss on the roadways. We took public transit in Sintra and it was great. If you don’t know (I didn’t until last week), Sintra is a beautiful area where the Moors, then the Christians, and now the rich built their castles to escape the pressures of their lives. It is full of fairy tale castles and estates that stretch for miles.

One of the highlights of our day was an affirmation of my faith in human nature. Karen inadvertently left her camera on the steps of the National Palace in Sintra before we got on the bus to head up to the other sights. I was sure the camera was gone, however, three hours later we returned to check with the information people, just in case. And you could have knocked me over with a feather when we walked in the lady immediately recognized Karen from the photos on her camera and handed her camera back to her. I was speechless and somewhat overwhelmed. Perhaps my cynicism could be toned back a bit.

We found a great restaurant to have dinner at and are looking forward to one more full day in Lisbon tomorrow.

0 comments on “Our Return to Lisbon”