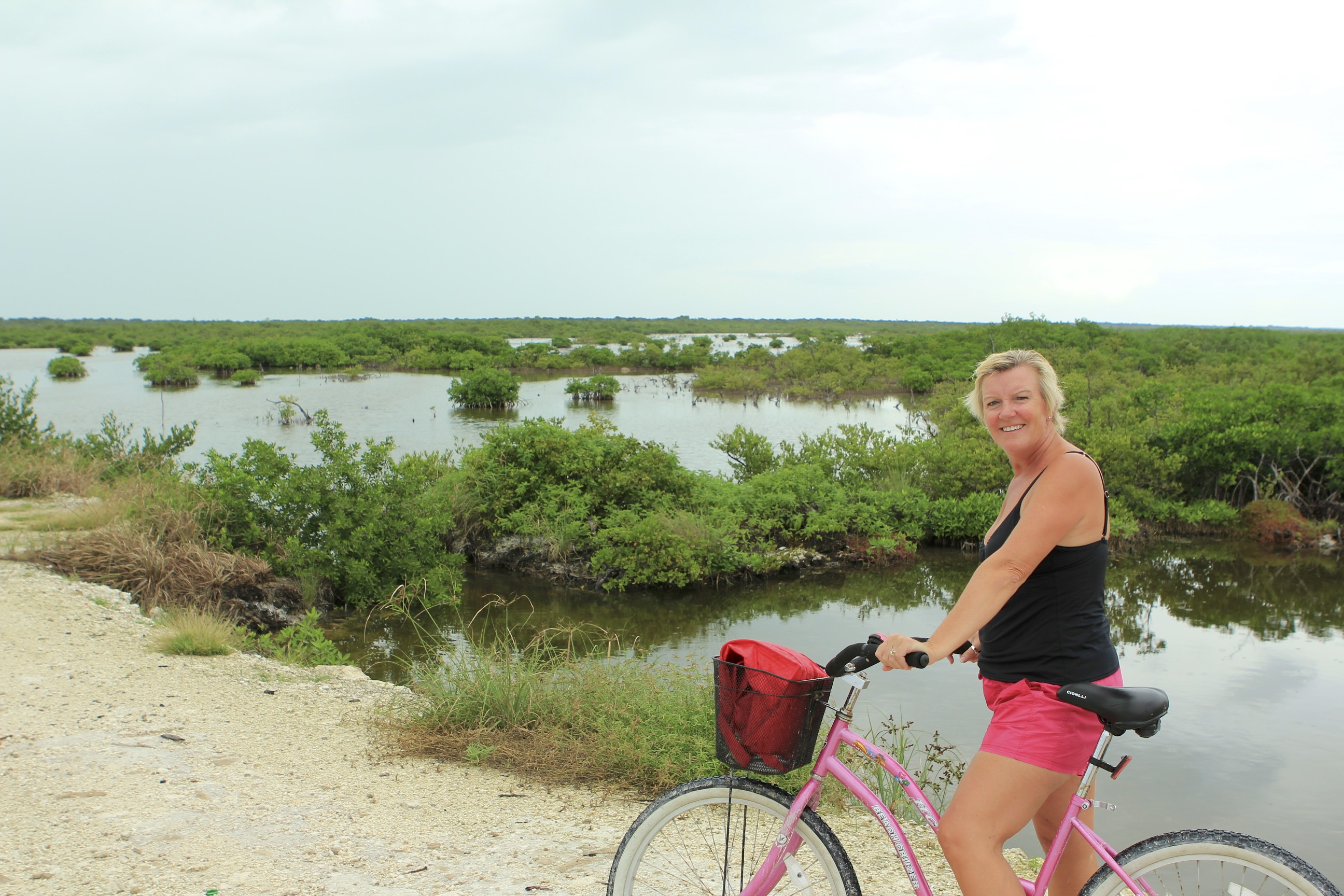 I am not sure about most people, but for me the New Year celebration thing is no big deal really. If you like to go out and party, well, I can’t argue it is a great time to do that. However, the resolution thing and starting anew. Not. If you know you need to change something or set a goal, pick today. Or at least start planning today and get it in place as soon as possible. No need to wait until a calendar date to make an improvement in your life.

Having said that, Karen and I did go out and have a swim in the Caribbean Sea and toast new beginnings New Years Eve, though we were in bed by 10:00.

New Years day was much like any other. Though I have to say it is wonderful to get up New Years Day with absolutely no semblance of a hang over. We wandered up the beach to the Palapa Bar and spent the day chatting with tourists here for the week and expats who are making their life here. A very nice day.

Due to the rather chilly (23C) weather these days, instead of going diving to bring in the year we decided to go exploring on our bikes. Turned into more of an adventure than we planned. We had noticed while looking at Google Earth that there appeared to be some type of development a few kilometres north of us on the west side of the island. So off we set on our bikes.

It was solidly overcast and rained lightly on us during the outbound trip, but nothing that would put off adventurous souls like ourselves. When we reached the point where we had to cut west across the island it was almost eery. You have to understand that Ambergris Caye is mainly a sandbar that runs more or less north/south with the vast majority of the development along the east shoreline and the main road (as nasty as it may be at times) running up the island immediately behind the developments. The west portion of the island is largely mangroves and water.

As we rode along the east/west road across the island I could not help but be amazed at the money that must have been spent to put it in place. The quality of the road was excellent by island standards though there were no signs of any utilities running along the road.

At one point Karen called out and pointed to a crocodile in the drainage ditch beside us. It was a good 8 feet long. I think we scared it more than it scared us as it disappeared in a hurry when we stopped. When we arrived at the development there were signs welcoming us to Grand Belizean Estates, http://www.grandbelizeanestates.com , and reminders to get your building plans approved before you started construction. It is a massive development with something like 1200 planned lots spread over approximately 192 acres I believe. We saw three houses while we were there and did see people in one of them. We climbed up an observation tower to take a look around.

From the tower we were able to see how close we were to the west shore so we headed over for lunch. On the west shore just west of the development there is a small house, two docks and a covered picnic area. All rather well maintained. We enjoyed a pleasant lunch of meat patties and beer under the cover on one of the docks. Unfortunately as we ate we were able to watch a nasty storm front move in from the north.

Even though we waited nearly an hour for the storm front to clear, eventually we had to suck it up and head back in the rain. It certainly made for a quicker return trip with the rain pouring down. No need to worry about heat stroke on this day, I even contemplated putting a shirt on, but Karen ended up commandeering it to keep warm. In the end it was a good day. Wet and somewhat chilly when we returned we were none the less proud of our 23km adventure into the unknown.

If you would like to check out our trip via GPS and Google Earth just click on the link to my Suunto GPS data.