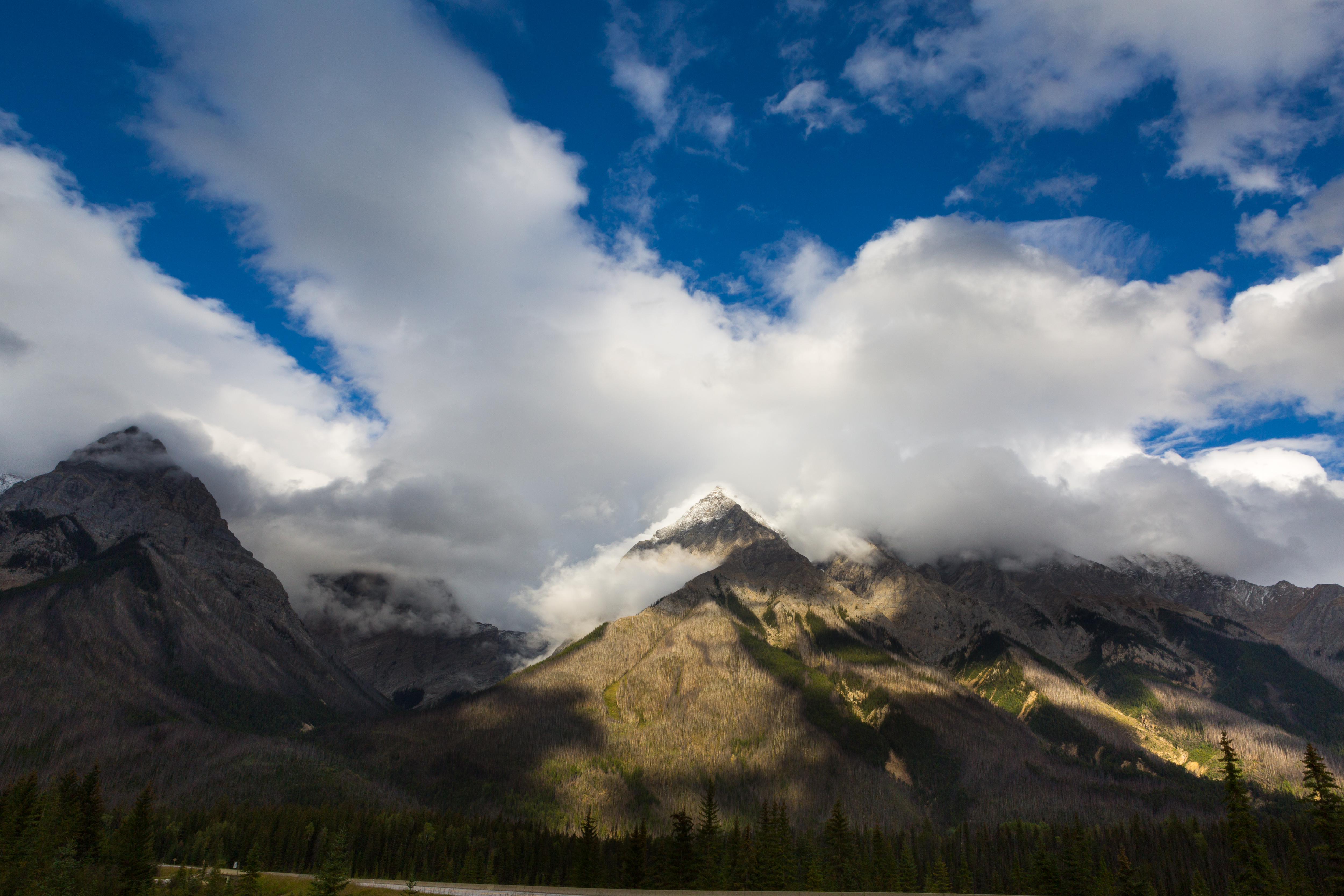 Part of our plans for our 6 weeks in Western Canada is for a 2 week road trip through Central Alberta and British Columbia visiting friends. I had decided that even though I grew up in this area I was going to treat this trip like I was a tourist and soak in every area. It was worth the change in view point.

I would have to say the most spectacular portion of the trip so far has been the drive west on Highway 11 to the Icefield Parkway (Hwy 93) and down through Banff National Park. The majesty of the Rocky Mountains is hard to put into words. Suffice to say, breathtaking.

The heavy clouds threatened rain all day but it held off and instead provided some great background for the beautiful mountains.

A friend had recommended that we keep an eye out for Abraham Lake as it was very impressive. That turned out to be an understatement. As we drove alongside this lake the incredible turquoise water and rich green forest were awe inspiring.

As we arrived at the gates for Banff National Park we were informed by a very cheerful young lady that it would cost us $19.60CDN to travel the 75km (46 miles) from Saskatchewan River Crossing to Lake Louise on the Icefields Parkway (Hwy 93). In hindsight it is a small price to pay and it had just been paved this last summer so the ride was incredibly smooth. It would be perfect for cycling.

The drive along the Icefields Parkway has been described as one of the most beautiful in the world. It is true. You almost become numbed by the endless vistas of towering mountains, beautiful forest and vibrant lakes. Certainly a drive anyone visiting Western Canada should make every effort to take in.

As we exit Alberta and Banff National Park the beauty continued into British Columbia and Yoho National Park. If you are a train fan this stretch along the TransCanada Highway is a must do. From the Spiral Tunnels to the staging area at Field, BC.

As we approached the end of our day just east of Golden, BC the sun made one last brief appearance. It was the perfect ending to our passage through the Rockies.

2 comments on “Touring the Mountains”