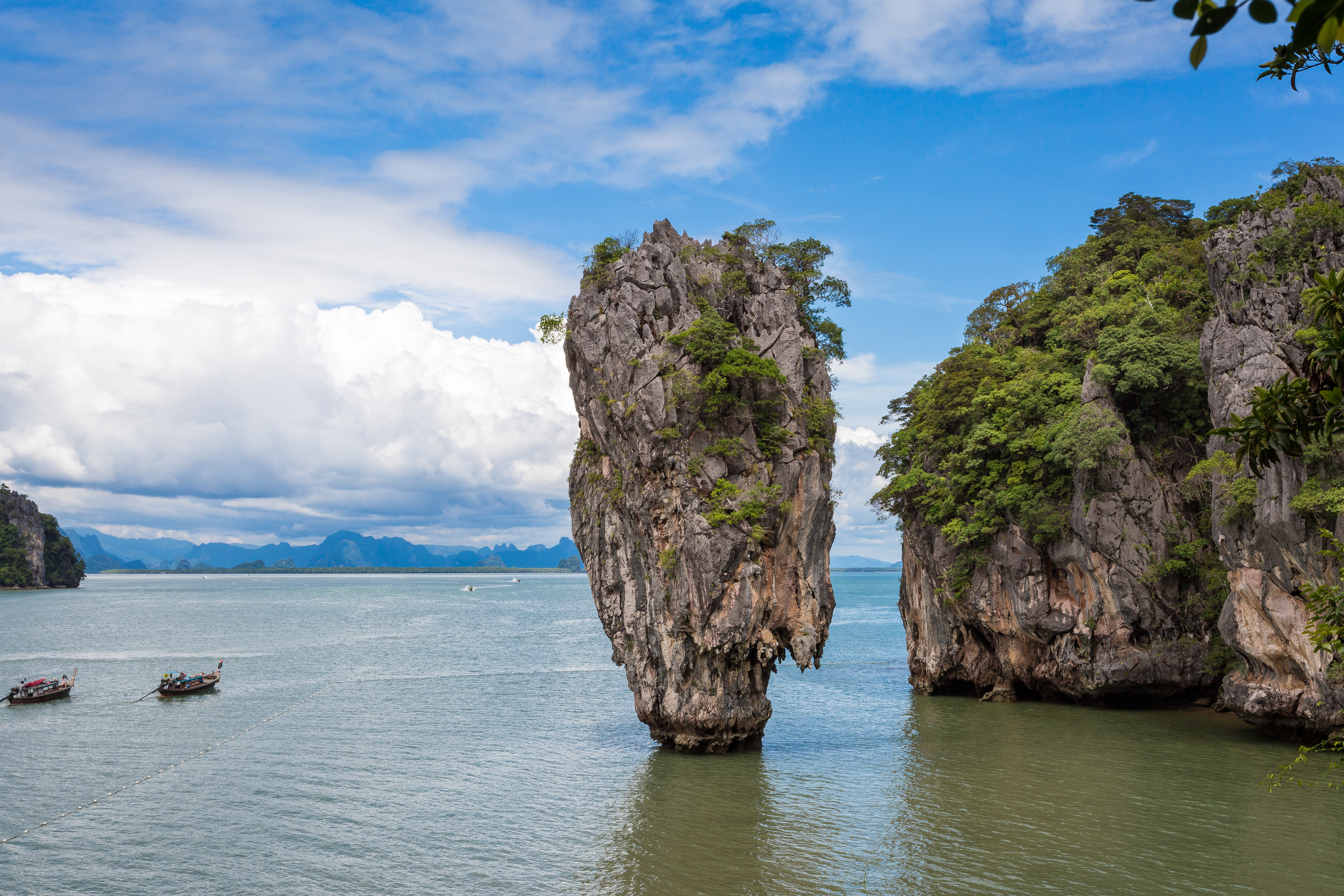 We spent a few days in Patong exploring, then a couple of weeks in Kamala Beach doing some house sitting for a couple. They are in Phuket province in the SW corner of Thailand.

Our days in Patong were great. Once you resign yourself to the fact that everyone wants to sell you some type of goods or service, and that no one cares or is offended when you politely say “no thank you” 50 – 60 times an hour, it is quite a neat place to check out.

We also did an organized tour of Phang Nga Bay, the location of James Bond Island. The two hour drive was long, but well worth it. The tour consisted of a boat ride with lunch, kayaking with a guide and swimming. As well as a stop at James Bond Island.

We were very fortunate to be able to spend a couple of days with the owners of the house we were going to be taking care of in Kamala Beach before they departed on their trip. They were kind enough to take us touring the area for a day which was great.

We drove out to the Buddha Cave Temple (Wat Suwannakuha), also referred to as the Monkey Temple. There are hundreds of monkeys there that know they will be well fed by the locals and tourists alike. They are absolutely unafraid of humans (not such a good thing) but we had no problems with them.

The temple itself is located inside a fair sized cave. For a nominal donation you are free to wander around the cave. There is a bit of information available, but not much. The reclining Buddha in the cave is pretty impressive.

Our hosts also took us to the Phang Nga Wildlife Nursery Station. This is a government run refuge for animals that cannot survive in the wild. I believe the intent is good, however it is obviously seriously underfunded and thus the animals appear somewhat distressed.

We wrapped up the day on a much happier note when we stopped in at the Buddhist temple, Wat Kaew Manee Si Mahathat.

During our two week house sitting in Kamala Beach we spent several days enjoying the sun and surf down on the beach.

It has been a wonderful time here in Thailand and we look forward to returning sometime in 2017.

2 comments on “Tourist in Thailand”